This is a guest post “interview” by Will Robins 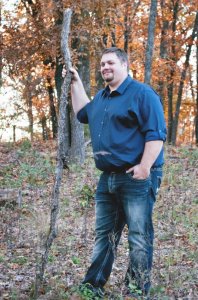 When I was small and younger I wanted to be a hero. When I was a little older I wanted to be a business man. I didn’t know exactly what that was even but I remember watching the movie, “The Game”, with Michael Douglas and wanting to have that characters power, car, and suits. I was fascinated with business in every facet.

When I began in the late 90’s early 2000, there were a few options for prospecting and I tried all of them.

The two processes that could grow your business by prospecting with the most long term success for developing new prospects were the direct mail and telemarketing processes. As I grew many of my “starter” businesses, insurance agency, landscaping, and real estate, I did not like direct mail as much as telemarketing. I hated the cold calls but I felt like as I called that I gained a small piece of something as a person. Tim Ferris actually documented this in a few interviews and in his first book (overcoming call reluctance, fear of rejection, and stop making the competition bigger than they really are) to be some of the major things he tries to teach in his famous Princeton lectures.

The Internet just became the next obvious choice of a way to set up prospecting.

I read the book “The four hour work week” by Tim Ferris and identified with it on a deep level. It showed the base of the internet and the scalability of the prospecting that could happen there. I was in. I didn’t know how yet but in 2008 I knew I would be doing something on the web soon.

I was making good money in my current brick and mortar businesses so it was a slow development. I had no reason to push and thought finding resources that could become partners would be the best way to approach online.

I started by “partnering” with a local guy that could build websites. He was slow and not great at anything web. He was better than me as I knew nothing but sales and business and nothing web development. This obviously was not going to work as I did not have the patience for 3 months to make one site.

I then went to paying a guy that would “test” my muse and listen to his advice. I learned that he was also slow and pretend to do everything as I paid him. A few months, too much money, and nothing worth having later I had my second dose and final dose of someone taking money and time and wasting them.

I started free roaming the forums, Udemy, Kindle books and every e-book I could get my hands on. I learned the basics of SEO and started working underneath a very successful SEO Consultant from Australia as a virtual assistant.

I had a few concepts that I believed were niched down enough that if I could just generate some leads online and call them that I could close the business and build something up. I proposed to this successful SEO Consultant that I would work for free at night for a few hours if he would teach me what he did and how he did it. He agreed and I learned tons over the next year.

I went on to build up Check Stand Program by partnering with another major site in the same niche. We added another partner site later in that development. The system was great as they already had traffic that would be interested in my new product. They emailed out their current customers and new customers and then referred over their clients. I paid them commissions on me closing the deals.

Growing websites when I had a plan was actually easy

Later the first site would actually become a partner and call his own clients. He later became a part of the organization and we have gotten national press and worked with a ton of large clients, new products, and distributors. This was really amazing at the speed in which we made money and were presented opportunities.

The Key things I learned that made that business possible were the fact that I learned:

Building the Empire, one site at a time

As this business developed I also started building some SEO websites for other small business owners that were just like me. They needed an honest SEO consultant that would bring the real tools and not just looking for income. This honest approach was great and business boomed.

Hybrid Backlinks and Dominant Link SEO both became top ranked sites and received a ton of orders and repeat orders. I actually had to close down the orders on Dominant Link SEO because we were at full capacity. I am hiring now and scaling my system to help some more business owners in the near future.

The project I am the most excited about though currently is the development of my personal blog. www.thewillrobins.com is a site I have had in “idea mode” since I started into internet anything.

Growing a small business and helping others do it

I wanted to offer the advice I had and all of the tips, tricks, tactics, and ways of thinking to other people. I had been so blessed and really had so much great information from mentors that I knew I could offer great information for the small business owner looking to grow whether they were online or offline.

I have had some success and many people that are close to me have “picked my brain” and or hired me to work for them in some facet. I saw this need and decided again that taking it full scale would be the best fit.

I am pouring content into www.thewillrobins.com/blog and it will have everything needed for small business owners to take their business into a system and find new avenues for success.

Coming Soon on The Will Robins

In the near future the plans are to have the following available as free resources to small business owners.

The series that are already available are great and could be redone or reused by business owners as training for their people.

My dream for this site is to grow into a real nice resource for my passion which is growing business. I want to see other small business owner’s move into true ownership and away from having to be the worker bee.

Filed Under: Written Interviews Tagged With: seo, will robins