Today I am presenting another written interview with Rihaan Patel who is a Nationally and Internationally Award winning filmmaker from India. 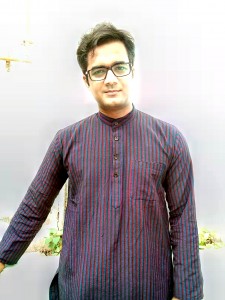 Film is a great medium to communicate message. It inform, educate in entertaining way. Easy to remember. Whenever we watch movie, a good movie inspires an call of action. For example, If we watch an The Dark Knight Rises, it may inspire us to be like an batman and fight for justice. And as a call of action, movie maker or production house tell us to buy an Merchandise. I thought, what if we make an good film with good call of action that can bring peace in society. Then i focused making films that highlight social causes and inspire someone to act for it.

2. What are some example films you have produced that you can share with us on the blog?

Recently, I have produced an short documentary on local activists who help people to get blood in critical medical situations.

Another exciting film which I made is an trailer of India Film Project. It is an War film made it in very limited budget. We employed Visual Effects and work extensively in post production. Here is the clip.

I made award winning short film titled ‘The Burial of Daughters’, ‘Dust of Orphan’, ‘My Best Friend’, ‘Champal (Slipper)’. I made all these short films when my experience level was beginner level.

‘MAAC Satellite Ratna (Star)’ – For a student who made a Special Contribution for Institute, 2011

‘The Burial of Daughters’ – Nomination and Screening at 3rd International Documentary and Short Film Festival of Kerala (Dept of Cultural Affairs, Govt of Kerala)

‘The Burial of Daughters’ – Winner at Sixteen:Nine International Film Festival

Special Thanks for contribution in Antena Hispana at CHANNEL 31 Melbourne

3. How have you gone about marketing your work to others? What’s working for you?

Yes, I do marketing. And Social Media Platforms are great medium. Twitter worked fine for me. I can share the film with right kind of target audience. And I got lot of response from well recognized from Twitter only.

4. What are a few tips you should share with us about creating quality films?

In film making, sometime we get lost in mist of technology. But before we think about camera, we should think about content. Content is what makes film great. When I say content, it means a story with right kind of message with human values. So we should be very clear about what do we want to communicate. Then we can employ cinematic tool to make a film. Work on story.. story is the primary thing in films. If we don’t have expensive camera but good engaging story then it can win the crowd.

I’m going to make a feature length film based on real evens thatt happened in India. It will highlight the issue of discrimination based on cast system. And a young protagonist employs art to resolve this issue.