Today I am presenting another written interview with Edward Ducoin. In 1984, with less than a $500 investment, Edward launched Impact Marketing. He quickly grew the small company into a thriving organization that was later publicly 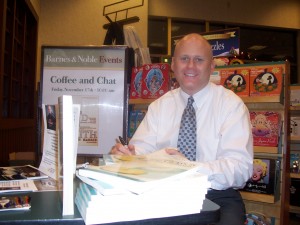 traded on NASDAQ and listed as one of the 500 Fastest Growing Companies for three consecutive years by INC. Magazine. Edward built his team to include more than 1,000 members and attained numerous entrepreneurial awards, including a feature in Success Magazine that recognized him as one of the Most Successful Entrepreneurs in the Country.

In 2000, after Impact was sold, Edward returned to his entrepreneurial roots and over the past six years has founded three companies and raised over $15 million in equity investment. Edward is regularly invited to speak to business and trade groups on topics such as business operational excellence and marketing.

Commitment at an early age that we were going to build a great culture and operate the business like we were public from an early stage. The culture made us a team with common and interdependent goals. The operations prepared us to become a NASDAQ company.

Hard because I lost my infrastructure. I missed my team and key people who were world-class in the professional areas. I had to learn how to do many things. I also missed the “people.”

My book “Indicted Loyalty” which will be published in 2015 will be a best seller.

Get my PhD so I can retire and teach at the University of Florida.

Check out Edward’s site at http://edwardducoin.com