Affiliate Marketers: Could You Be An Influencer? 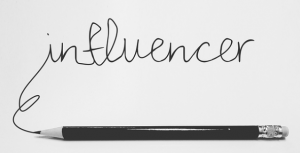 Over recent years, social media influencers have become more and more common. Influencers have taken their existing fan base and converted it into an income, primarily by using affiliate marketing. This has lead to some influencers generating six-figure incomes.

Given that influencers are steadily being accepted as just as influential as celebrity endorsements or print magazines, is it perhaps worth thinking about becoming an influencer yourself? After all, if you could ‘make it’, then you could use your existing knowledge of affiliate marketing trends to really make the most of the opportunity. Many influencers are late to the game in regards to affiliate marketing; they have no background in the subject, so they learn as they go— but your prior knowledge would allow you to make the most of the opportunity right from the get-go.

So could you be an influencer? Here are a few questions to ascertain the likelihood…

Are you willing to generate huge amounts of content?

Influencers gain their reputations using a rather old-fashioned, but nevertheless effective, method: they produce content. Whether it’s funny videos on Snapchat or carefully nurturing a lifestyle blog; influencers are always generating content, which they then promote relentlessly.

Do you have a niche?

Just being “you” isn’t likely to be enough to grow a following to “influencer”-size numbers; you’re likely going to need to have a niche. While you may associate the term “influencer” with fashion and beauty, there’s a space for influencers in every niche. Ideally, you want your niche to allow you to naturally transition to affiliate marketing— niches like tech, fashion, beauty, photography, and fitness all work well for this purpose, as they link to saleable products that you can use to generate revenue.

Is there competition in your niche?

While it’s possible for more than one major influencer to exist in any given niche, if you choose a niche that already has hundreds of ‘stars’, then you’re going to make life difficult for yourself. Fashion and beauty, for example, are niches that are inundated with influencers, so think hard about how you’re going to differentiate yourself so you can stand out if you choose such competitive niches.

Are you willing to sell you?

One of the reasons that influencers have grown in popularity is their perceived authenticity; their opinions are seen as more ‘honest’ than opinions from journalists. Part of this authenticity requires influencers to sell aspects of their lives and share them on social media. While it is possible to become an influencer without surrendering some aspect of your personal life, it’s far from preferable— influencers need to be far more grounded in reality than any other kind of marketer.

Success does not happen overnight for influencers, so you will have to patiently build a following large enough to make affiliate marketing plausible. If you’re looking for a get-rich-quick scheme, influencing may not be the right choice for you.

If you can answer all of the above in the affirmative, then becoming an influencer — and generating an income through affiliate marketing — might just be a viable choice for you.